About Cleaning In Dundee, Arbroath & Perth

The managing director of a major brewing firm once told John Davie, “the bigger you get the easier it gets”. That’s a sentiment that John can certainly attest to. John, now the managing director of Dundee cleaning firm CCS, started out as a one-man window cleaning operation in the Downfield area of the city. At the time he left school as a 16-year-old, John decided he wanted to be his own boss, and it’s a decision he has not regretted. His first week’s earnings may only have been only £30, but his endeavour and determination have brought him a business with a seven-figure turnover.

For John, the early years were very demanding, but year on year, he has moved his company forward. His drive to succeed saw him first swap his chamois for an industrial carpet cleaner, as he expanded his business into domestic services. From there he took on contract work for commercial premises in the city centre and soon found his skills in demand for offices as well.

Each additional service he offered the business community and the general public was a natural progression. So too was the development of his company’s structure, as family members became involved in the office management side of the business. It’s from this involvement of his family that John traces his greatest market growth. As he could leave the management duties to trusted family members, he was able to push his business to new customers, not just in the city, but to every major centre of population in Scotland. So CCS — Contract Cleaning Services took off.

That one-man operation is now an employer of more than 300 individuals. John says the growth has always been in response to client demand. His maxim has always been “communicate”. John says you must always be prepared to talk with, and listen to, your customers. And this dialogue has served CCS well. Existing customers would ask if he could provide a service outside his usual field, and he would oblige. Word would spread, and soon that favour became a new niche for CCS to develop.

The changing nature of the demands of clients have prompted John and his management team to rebrand the company, CCS —Property Facilities Management. John says that many changes in the business have involved considerable capital spend, and that he found The Royal Bank of Scotland ideal partners in the continuing evolution of his firm. He says, “Working with Kingsway Branch’s Ian Cunningham on a viable business plan has allowed me to arm CCS with top-of-the-range equipment.” It’s this aspect of the business which he believes best illustrates that invaluable advice from the brewer.

Each investment for John in the early days was a major gamble, but now with the resources of his company behind him, and a good relationship with his Royal Bank business manager, he feels things are much easier. But in all the success, John hasn’t forgotten his first job, and CCS, which has built a reputation on pre-occupation cleaning of stores and office blocks; exterior cleaning; manpower holiday relief cover; and more, will also take on small-scale work for the disabled and snow-clearing work for the elderly. John ensures CCS is rooted in the community. 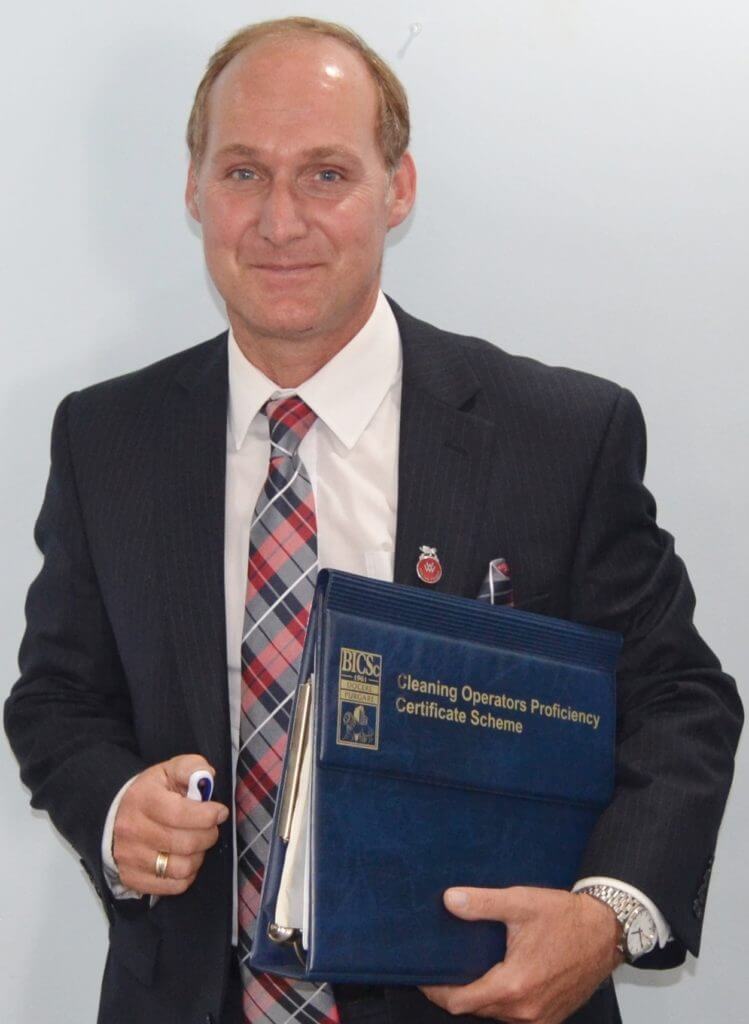 First impressions always last and with this in mind, our teams of specialist cleaning operators cover Scotland providing first class cleaning services for all types of office, factory and retail outlets, from single person offices to the larger multi-office complex, factory and retail units. Established in 1985, CCS Ltd have been providing Scottish Commerce and Industry with professional cleaning services to all types and sizes of businesses.

We also have a dedicated team of specialist cleaning operatives who can provide anything from one day per week basic office cleaning requirement to a team of up to 300 of our Smart Clean Team to provide an industrial-sized cleaning service. At CCS Ltd we do not employ Agency Staff, Our Dedicated management team provide all our staff with onsite and Visual aided training. Some of our clients include Major Retailers who have entrusted CCS Ltd over the years to provide Accurate and realistic programmes, with experienced project staff backed up with a CCS management team that have the ability to deliver the service ‘ Right the First time ‘ and with no compromise of Quality Standards of Health & Safety Issues.

All of our cleaners are trained to British Institute of Cleaning Science (BICSc) standards all CCS operatives are professional, polite and courteous at all times. Our office cleaning division specialises in cleaning offices to ensure your offices are ready for your office staff to work in a fresh and comfortable environment.

We can provide a single cleaner to deliver a once per week clean and give your offices a freshen up or provide a dedicated team of office cleaners to continually ensure your office space is clean and tidy. We remove all rubbish and provide all of the equipment and chemicals to ensure the best possible job at all times.

CCS Ltd provides a specialist cleaning service for the pre-occupation of buildings, especially new builds, factories and commercial properties. We have the correct machinery and expertise to provide large scale cleaning services for builders and large contractors. We are a safe contractor approved cleaning company ensuring all of our on-site staff have been trained to the highest on-site safety standards.

For more information about any of our services please feel free to continue to browse our website or you can call Contract Cleaning Services during UK office hours on 08450 780 281.

Constantly reviewing operating costs by eliminating excessive wastage and profligate usage of materials and consumables, whilst retaining or improving standards of service. To access modem techniques, methodology and technologies

By providing a service that is consistent and dependable, and performing the service right the first time. Keeping promises and agreements

Being willing to provide a timely service

Our aim is to develop a successful partnership with all our clients by meeting the following objectives:

Constantly reviewing operating costs by eliminating excessive wastage and profligate usage of materials and consumables, whilst retaining or improving standards of service. To access modem techniques, methodology and technologies

By providing a service that is consistent and dependable, and performing the service right the first time. Keeping promises and agreements.

Being willing to provide a timely service

By establishing effective lines and methods of communication to ensure that all matters are dealt with effectively and promptly.

The CCS cleaning management and staff are always at hand to answer any questions you may have about any of the services we provide. Below are the details of our senior management staff. 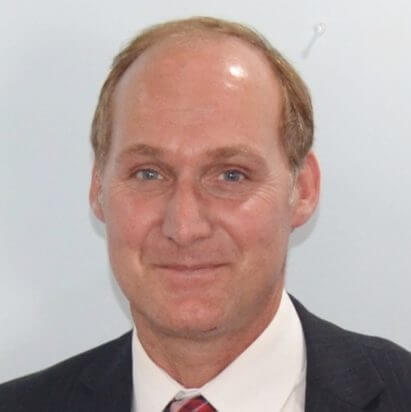 The Managing Director of CCS Ltd, John is active between the company’s offices in Edinburgh, Glasgow, Dundee and Fife & holds ultimate responsibility for the operations as a whole at your establishment, from our hands on cleaning operatives to CCS’ field and office management.

With a drive to ensure that you are being provided with the support services you are paying for and implement the operation as programmed in the company’s tendered quotation. 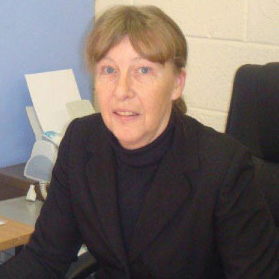 As CCS’ company secretary and acting Office Manager at the HUB (CCS Head Offices) being your first point of contact once your contract is up and running with CCS.

With access to all your contract information, and any requests for changes to your specific requirements which will come directly through the HUB for our field support management to implement. 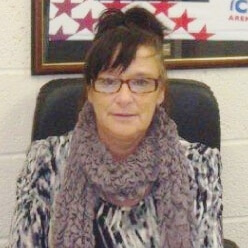 
CCS’ customer services manager for all the contracts within the group with the responsibility to contact you as and when required either by telephone, e-mail or in person, whichever is more suitable to you.

Each month via email with clients we invite you to answer out detailed questionnaire to ensure that CCS effectively gauge and develop the support services supplied to your complex. We would ask that you take a moment to answer the questions in the form online. We will then use this information to conduct review meetings with yourselves. 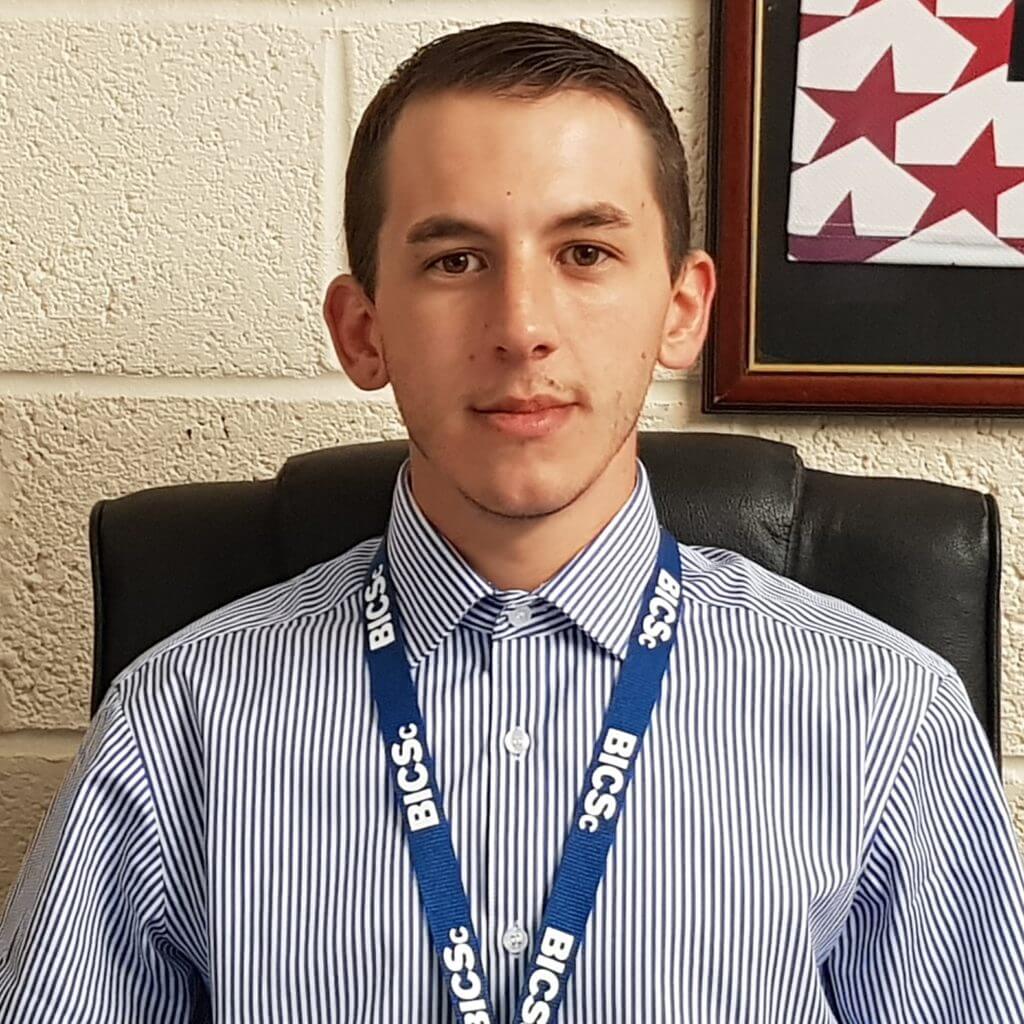 David also works closely with our Health & Safety Officers to maintain and improve our health & safety systems whilst ensuring compliance with our statutory duties. 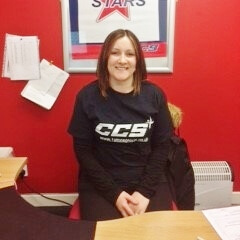 CCS’ Area Supervisor for Dundee, Perth, Edinburgh, Glasgow and Aberdeen & based at our offices in Dundee.

Mary Jane has the responsibility to visit our cleaning supervisors and operatives at your establishment as required, to deal with any cleaning related issues, and to ensure the smooth running of the cleaning operations.

Mary Jane will always work closely with the HUB Manager, Customer Services Manager & Operations Director and touch base on a day to day basis reporting any customer issues. 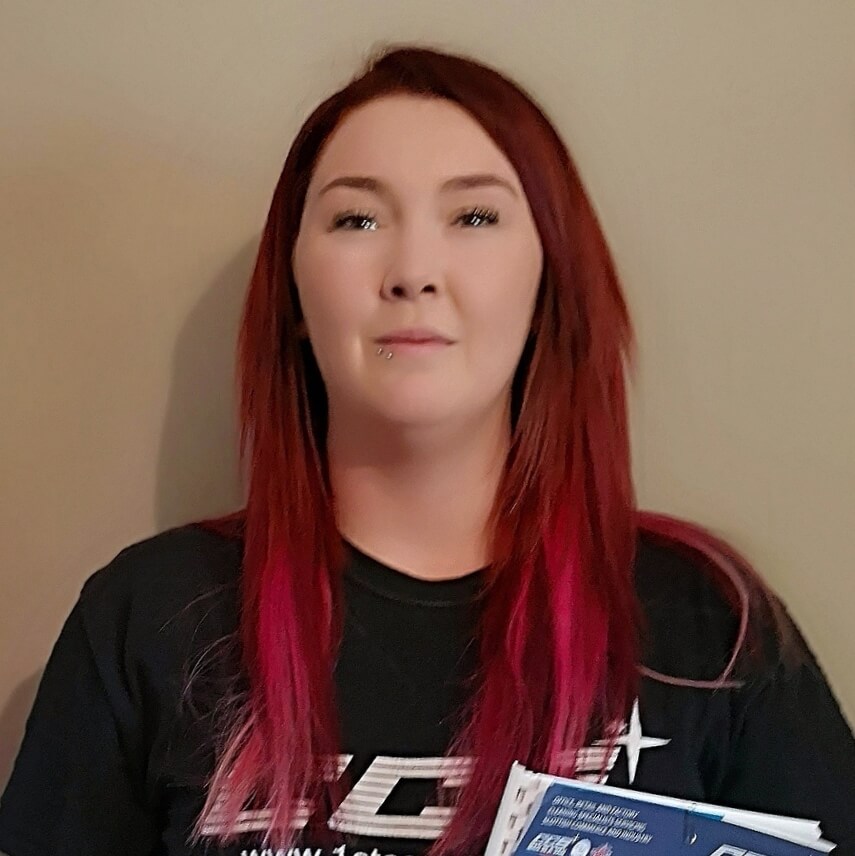 
CCS’ Area Supervisor for Dundee, Perth, Edinburgh, Glasgow and Aberdeen & based at our offices in Dundee.

Natalie has the responsibility to visit our cleaning supervisors and operatives at your establishment as required, to deal with any cleaning related issues, and to ensure the smooth running of the cleaning operations.

Natalie will always work closely with the HUB Manager, Customer Services Manager & Operations Director and touch base on a day to day basis reporting any customer issues. 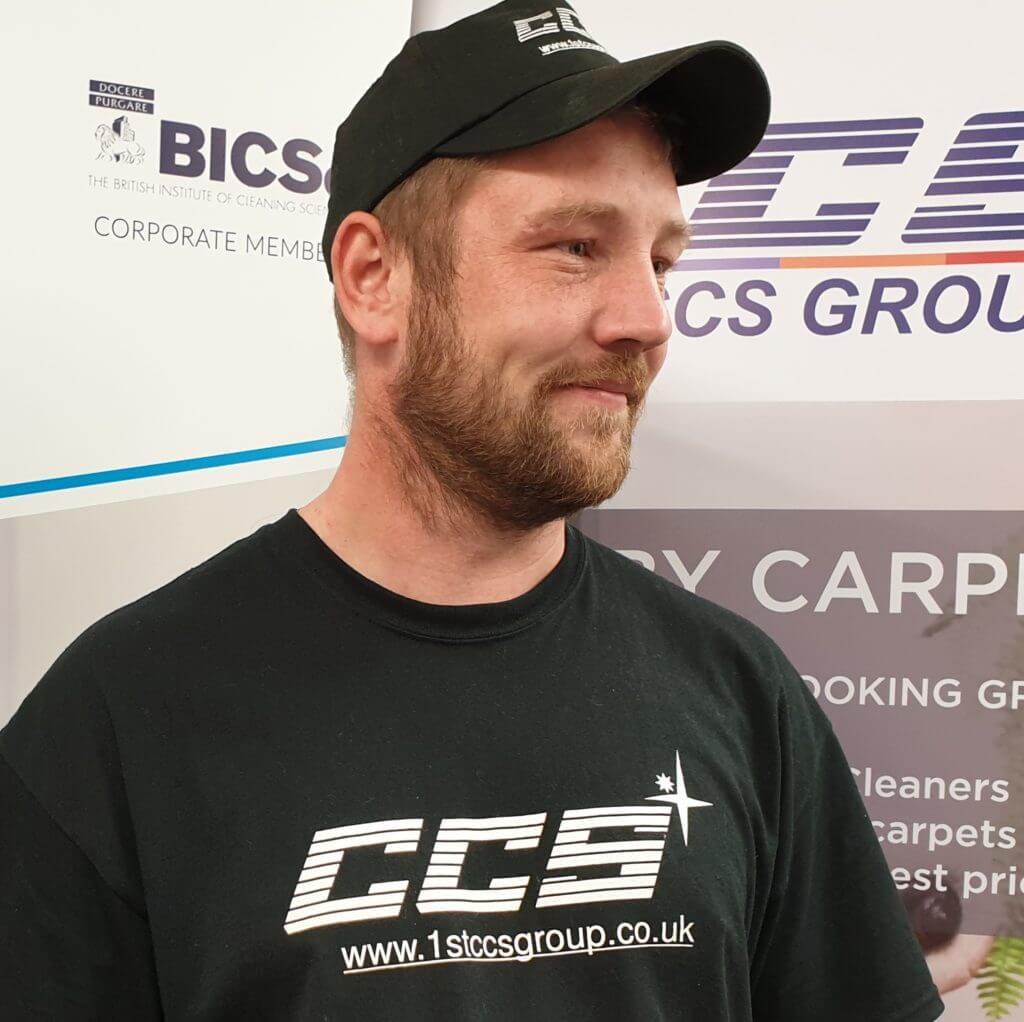 Working closely with our Operations Director and main directors including the HUB Manager at head office Wayne will always ensure that we implement a Safe Code of Practice and risk assess all client’s cleaning requirements prior to any works being carried out at your premises, safety is paramount.

Wayne has an in-depth knowledge of electrical appliance testing and cleaning machine repairs, & is definitely not shy to get his hands dirty. 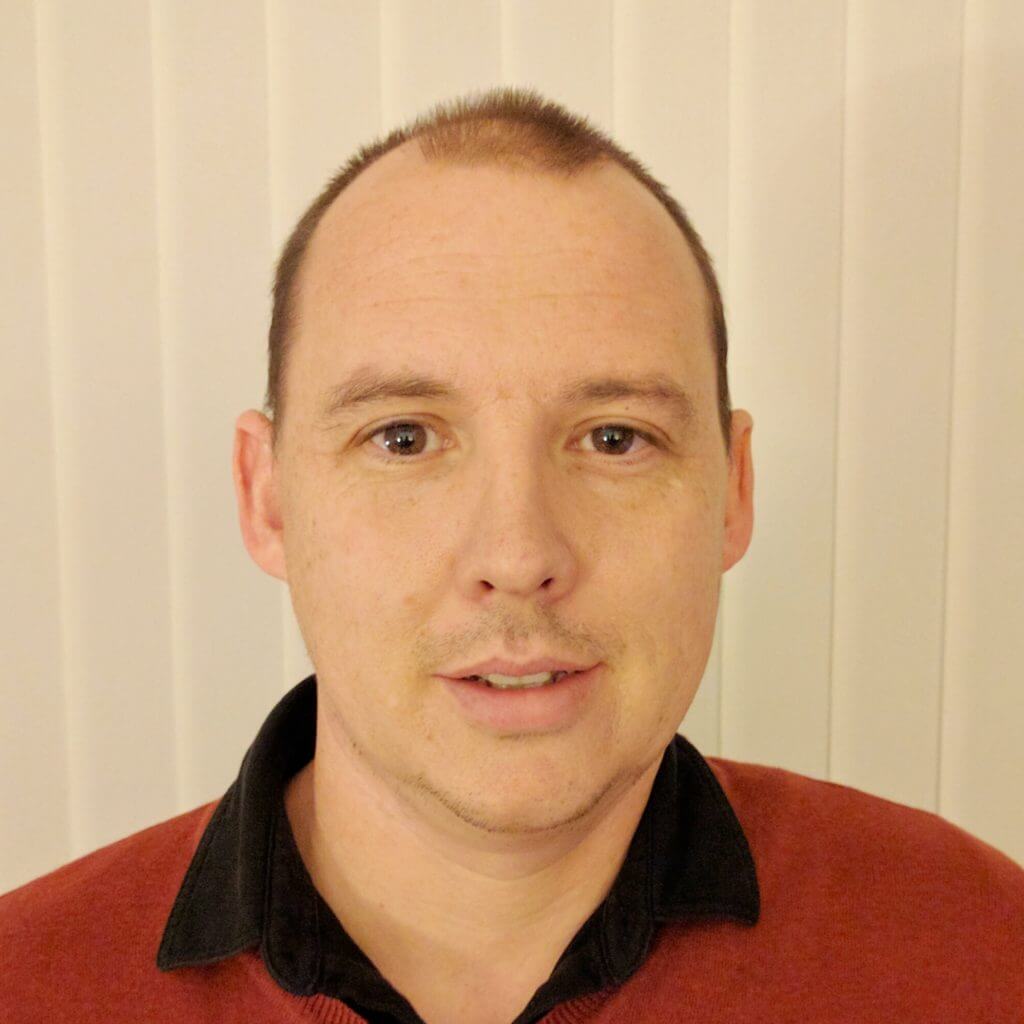 Chris Scott provides external Health, Safety and Environmental advice to all areas of our organisation. 1st Safety Solutions act as our competent person as required by the Management of Health & Safety Regulations 1999.

1st Safety Solutions also provide professional training in a wide range of areas. Using his proven expertise Chris assists our organisation in maintaining and improving our health and safety systems whilst ensuring compliance with our statutory duties. 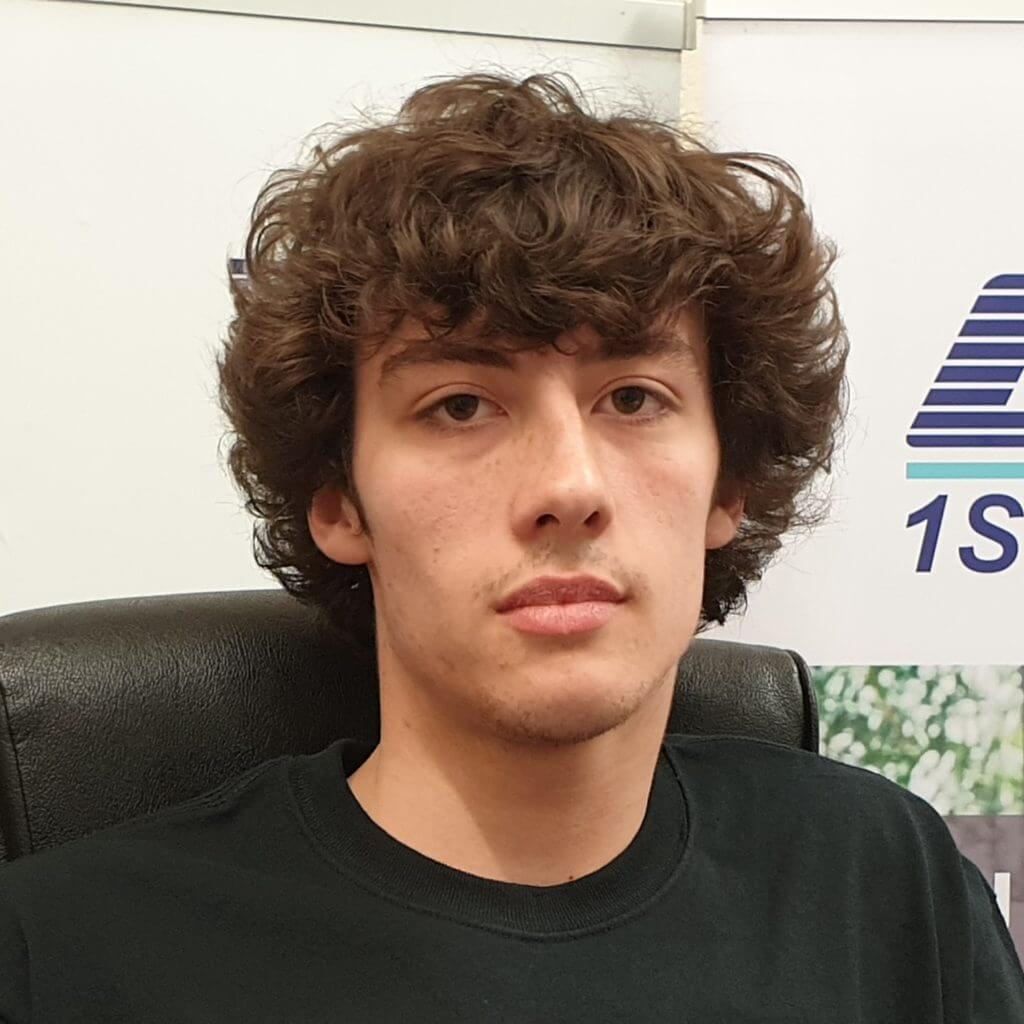 
Daniel is our youngest recruit (affectionately known as ‘The Bairn’) in our Specialist Services Division.

Daniel has a great track record whilst on client sites we always receive good reports of Daniel’S work. 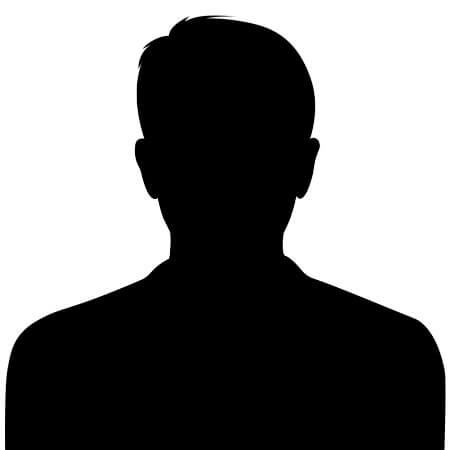 Also trained in the use of a new hydrogen peroxide technique, a fast active solution where carpets can be walked upon immediately after treatment. 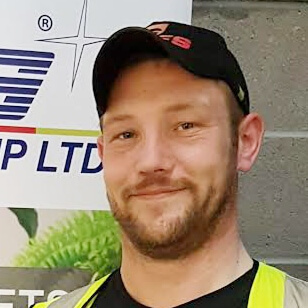 
Wayne is trained to the International Powered Access Federation & is often out on hire to clients who do not have accreditation to use or work with Mobile Elevated Access Machines. Visit our pages to see some of the heights we can accommodate.

Visit our Work At Height page to see some of the jobs we can work on for you.

As a member of the Dundee Trusted Trader Scheme we are bound by their dispute resolution process, further details can be found here